The secondary nozzle of the SI carburettor does not have the simple function of a conventional nozzle, i.e. the pure quantity regulation of the gasoline quantity. With the introduction of the PX in 1977, the previously used SI carburettor type and its auxiliary nozzles were modified. The old carburettor types, as they were used for example in the Rally engines, had a separate air duct for the auxiliary nozzles. These were therefore equipped with nozzles that could only regulate the amount of petrol (simply designated nozzles, e.g. Rally 200 ND=50)

DOUBLE FUNCTION
The new carburettor types have a closed air hole for the secondary nozzle. Piaggio has been using double function nozzles since the auxiliary nozzle, recognisable by the double designation (e.g. 55/160). For this purpose, the secondary nozzle is hollow drilled from above and thus ensures a corresponding premix of petrol with air.
I.e. the mixture preparation in the secondary nozzle area works as in the main nozzle stock via an air nozzle and a main nozzle, here only combined in one part.

Nozzle COMPARISON
In the past, a quotient was formed from the values for the air nozzle (160) and the actual nozzle size (55) (in this example = 2.91) in order to make it easier to compare the different nozzles with each other. The resulting value should then help to classify the nozzle into a rating system from lean to rich (the smaller the value the richer). However, this approach is very rudimentary and not always effective.

VENT Nozzle VS BENZINBOHRUNG
The air nozzle comes into play as a corrective element. As the speed increases, the engine receives more and more fuel from the petrol bore of the auxiliary nozzle. The air nozzle then mixes air proportionally to keep the ratio of air to gasoline always linear.
A 120'' air nozzle has a bore of only 1.2mm, thus providing very little air and is correspondingly greasing. A 160'' air nozzle provides a lot of air and is therefore rather lean.

CASE EXAMPLE
A 200cc engine should get a richer secondary nozzle. According to the old system a 52/140 was chosen instead of the standard 55/160.
The nozzle with 52/140 (2,69) has a smaller bore for the petrol (52) compared to a 55/160 (2,91), but at the same time also a smaller air nozzle (140). The smaller air nozzle greases massively from the medium speed range onwards, but the smaller petrol bore already becomes lean from idle throttle. Thus one receives a nozzle which behaves leaner up to the speed center, afterwards however clearly greases. This means that ringing in the medium speed range cannot usually be cured with such a nozzle. A 58/160 would be better, such oversizes are available from BGM or Pinasco. The range has been extended up to 68/160 and thus covers the necessary richer auxiliary nozzles e.g. when using air funnels. 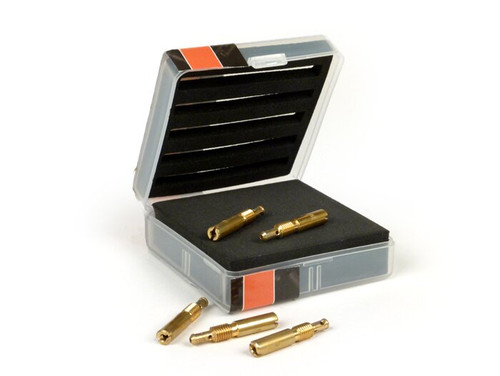